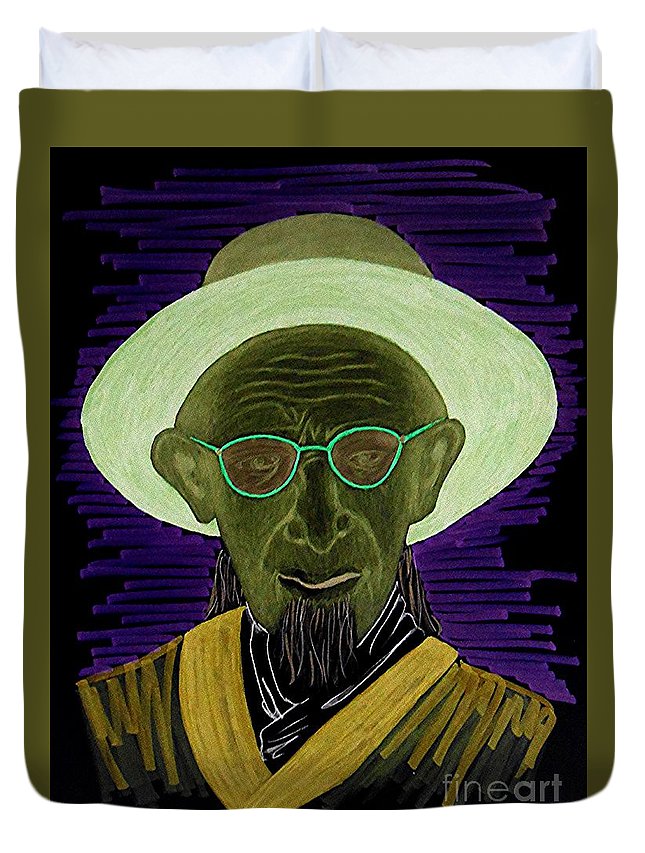 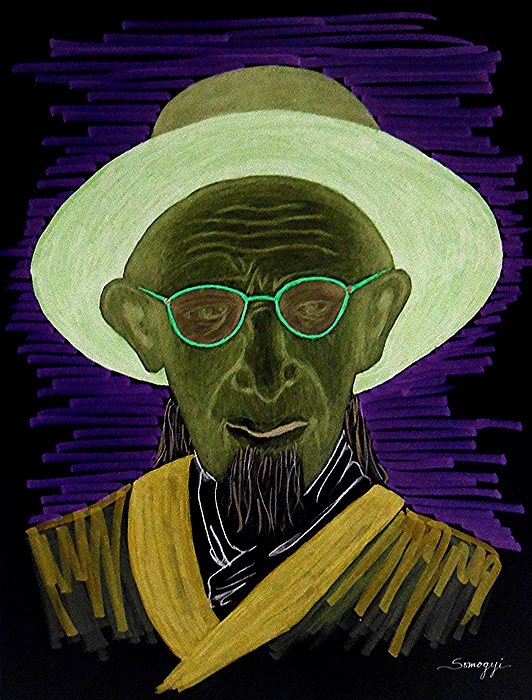 Boundary: Bleed area may not be visible.

Click and drag to re-position the image, if desired.

The watermark at the lower right corner of the image will not appear on the final product.

The image is near the edges of the product but doesn't cover the entire product.   Some of the background color may appear around the outside edges of the image.

Queen duvet cover (88" x 88") featuring the image "Caretaker, Chinese Palace -- Negative" by Jayne Somogy. Our soft microfiber duvet covers are hand sewn and include a hidden zipper for easy washing and assembly. Your selected image is printed on the top surface with a soft white surface underneath. All duvet covers are machine washable with cold water and a mild detergent.

Computer-generated color change of my painting of an old Chinese gentleman who acts as the caretaker at an old abandoned Chinese palace, adapted from... more

Computer-generated color change of my painting of an old Chinese gentleman who acts as the caretaker at an old abandoned Chinese palace, adapted from a photograph. This piece is also available as prints in a number of other color combinations.

I create whimsical, graphic, stylized, often Asian-inspired & sometimes jeweled or embellished interpretations of people, animals, ethnic subjects, objects/still lifes. Art, like life, should SPARKLE! I sign my work 'SOMOGYI' the ethnically-correct version of my Hungarian surname, and I often incorporate my signature into the design of the art itself. I earned a degree in theater from the U. of Wisconsin, an additional degree, summa cum laude, in fashion design from FIDM/Los Angeles, and turned to creating art seriously in 2014 upon retiring from jobs in office administration and free time spent dancing, singing and acting. I have a passion for the exotic--music, dance, food, people--and for exploring other cultures and eras, which is...