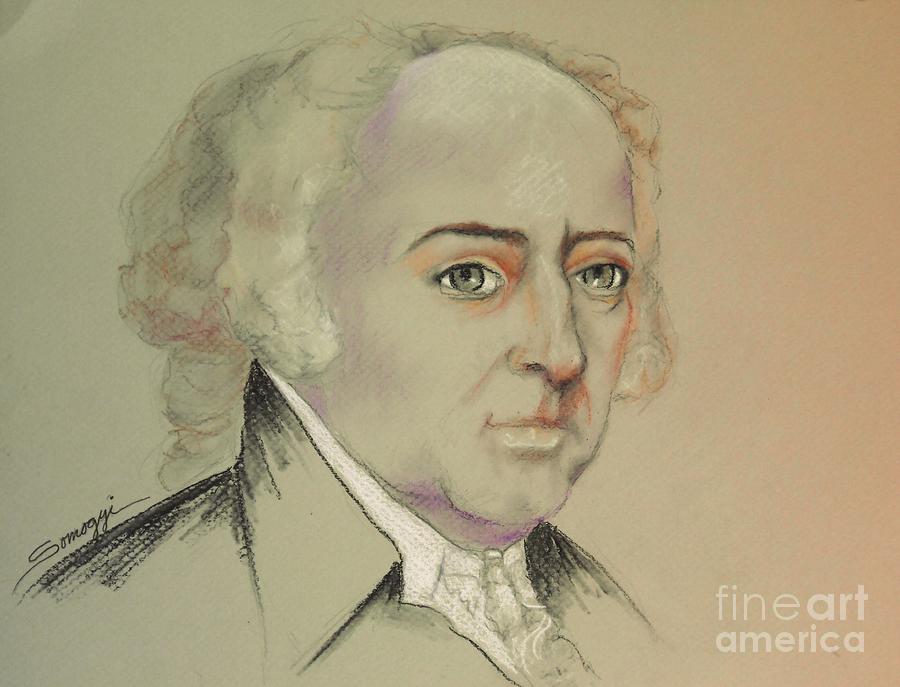 This piece has been already sold.   Please feel free to contact the artist directly regarding this or other pieces.

John Adams (1735-1826) was one of the Founding Fathers of the United States, one of the drafters of the Declaration of Independence, and served one term as the second president, following George Washington. Adams’ son, John Quincy Adams, served as the sixth president. He was a lawyer and political activist prior to the Revolutionary War, devoted to the ideas of right to counsel and presumption of innocence. He had a sometimes-contentious but lifetime friendship with Thomas Jefferson; in fact, Adams died at age 90 on July 4, 1826, 50 years after adoption of the Declaration of Independence, and only hours after the death of Jefferson.

Congratulations, your work is featured on the homepage of "Created by my Pencil Power

Thank you so much for the feature, David!