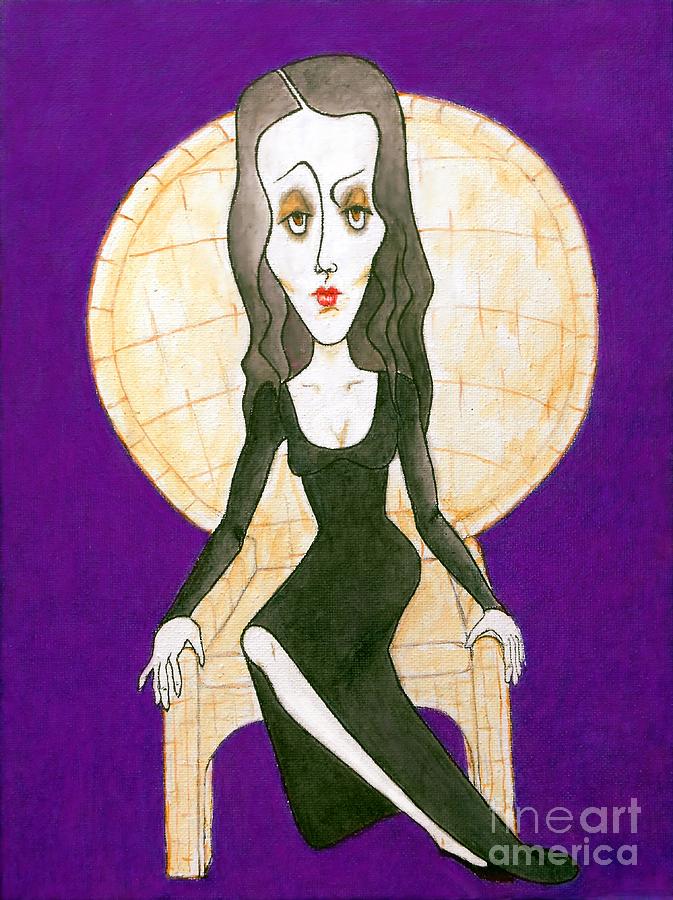 This original mixed media is currently for sale.   At the present time, originals are not offered for sale through the Jayne Somogy - Website secure checkout system.   Please contact the artist directly to inquire about purchasing this original.

No. 2 in my series, "GIRL-FIENDS," this is Gomez Addam’s wife, the sinuous, beauteous, mysterious Morticia, of the 1964 “The Addams Family” macabre TV show. The Addams Family was created by cartoonist Charles Addams in 1938. The original TV show starred John Astin as Gomez and Carolyn Jones as Morticia—and for me, they will always be Mortician and Gomez, no matter who came later to the roles.

Congratulations, your creative and unique art work is Featured on the homepage of the "Out Of The Ordinary 1 A Day" group! 12/10/21 l/f/pin

Thank you so much for the feature, Lyric.

Great work, Jayne!!! Congratulations, your work is Featured in "Mix Your Media"! I invite you to place it in the group's "Featured Image Archive" Discussion!!